Oh, yeah, I have a blog… hi! (plus Earthtear update) 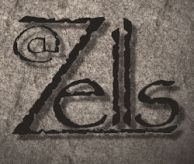 Every once in a while I get busy or distracted and don’t think about posting for a week or two. Or three. Hi! I’m not dead!

Partly it happened this time because my urge to blog is usually motivated by things that happen in the game that I want to comment on. But for the last several weeks, my playtime can almost exclusively be described like this:

Me: Game time! I could do A, or B, or C, or D, or… so many fun things! Which will I choose?
Loading Screen: Earthtear exists; you’re standing in it. And it still isn’t finished. Just in case you forgot.
Me: Ooooh, look at all the shiny things rendering on my screen….
Me: Okay, Imma go play… but first I’ll just fix this one thing I didn’t place properly.
Me: ::”finishes” the one thing::
Me: ::starts something else::
Me: ::moves half the items in the cavern 3 pixels to the left::
Friend Message: Hey, Zells! Wanna come do (something that doesn’t involve Earthtear)?”
Me: ::doesn’t even see message::
Me: ::spends a half-hour watching the sun come up and the light rays explode through the cavern, hopes the lighting artists on the design team are paid well, considers the viability of half-hour YouTube vids called “Sunrise in Earthtear”::
Me: ::wanders around looking at view, making sure things look awesome from every angle, spins half the trees 10 degrees so the branches frame the object in the background juuuust so::
Me: ::switches out a half-dozen items for other items::
Me: ::removes three of those items entirely, while cursing our hated nemesis, the Dread Pirate Item Count, Pillager of Clutter::
Me: ::moves two-thirds of the items in the cavern 3 pixels to the right::
Me: So, that’s a good stopping point! Is it 11:00 o’clock yet? How much play time do I have left?
Clock: lol, it’s 2 am
Me: … I don’t understand “time”.
Clock: No, you really don’t. Go to bed.
Earthtear: But we were having so much fun! And… you don’t really want to leave that thing off center like that, do you? Do you?
Me: ::moves the thing, spends another hour spinning trees just so::

At this point I have the living spaces 99% done, along with the treasure vault, trophy area, and the restricted section of the library. Kitchen/alchemy area and the “war room” are… 90% done. Ish. I think I’ve managed a good go at something that looks like a Psijic scrying portal. The library is… 80% done, and I have my little (non-functioning, darn it) wayshrine. The bar area is suitably decadent, but may still lose some bottles and pillows, as Item Count and I are, as usual, locked in a death match. (Spoiler: Item Count will win; it always does.) And my Earthtear project capstone will be a large’ish Magical Contraption that I need 200K in gold and another 350 masterwrit vouchers to finish.

I think it might be time for some screencaps next week. However, I also think I’m going to give video another go, as I’ve had requests for a video tour. I had some technical issues when I tried it before, but …maybe they’re resolved? Let’s try and see what happens.

In the meantime, if you’ve tried to message me and not gotten a response… Sorry! I’m not ignoring you, specifically, I’m just a housing junkie. 🙂