Archive for the tag “Witches Festival”

Too Many Cool Things! 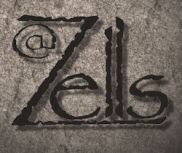 The Witches Festival is in full swing, and it’s a great opportunity to grind some World Bosses (Umbra needs a Mother’s Sorrow staff), but the Clockwork City is now open, too… I want to take a week off work and set a new record for uninterrupted hours of gaming.  (Current record: 37.  But Winter Break is coming.)  Too many cool things, is my problem.  Not a bad problem. 🙂

Clockwork City will win out, I think.  Theoretically I could concentrate on that after the Festival is over, but… it’s very shiny, y’all.  Very, very shiny.  Literally – I can’t believe the sparkle on the leaves of Sotha Sil’s brass-leaved trees – and in the Firefly sense as well.  Also: Divayth Fyr is a major character in the story so far, and as you all know, I have a thing about him.  So shiny.  I just wanna follow Divayth around and listen to him snark about “Sil” for hours.

In other Things-Sucking-Away-Zells’-Time news, I had a whole running slew of technical issues trying to find a way to first record and then edit my gameplay for YouTube videos.  And then a bunch more issues trying to do the voice-over narration.  But at this point I believe everything is solved.  I want at least a couple completely finished before I start posting them, and I’m working out a mistake in the audio for the first “Meet Zells” introduction video, but I’m hoping to have that first vid up next week.  I’ll post a link here when it’s up and running.

Totally Random Minutia:
Does it strike anyone else as funny that there’s a huge storyline in Clockwork City about how they don’t have fresh food and have to eat paste, but every crate and box has Provisioning ingredients just like normal?  I wish the loot lists had been changed; there shouldn’t be food available.  But I also have a quibble about the fact that I can enter a dungeon that hasn’t been touched in thousands of years and find fresh lemons and bread.  And how does a heavy armor cuirass drop from an ice wisp?  Why can we read the books on Ayleid bookshelves when reading and translating Ayleid is a skill only a select few have mastered?  These are the questions that keep me up at night.

It’s possible that I sometimes overthink things. 🙂  Happy Friday everyone!

Oops – wrote this days ago; it was still sitting in drafts.

To cut to the chase, the New Life Festival is pretty much everything I said I wanted in a holiday event when I was bitching about the Witches Festival, and I’m really pleased with it overall.

Summary: you go to the Crown store and “purchase” (for free) a scroll that is the New Life kick-off item.  It drops into your inventory, and reading it gives you the quest to go see Breda in Eastmarch.  She then sends you to celebrations hosted by each of the races, nine total, and after attending each festival Breda gives you the festival quest reward: a gift box with a random mix of festival items.  Breda’s quests are dailies, so you can do each of the celebrations once per day per character. END_OF_DOCUMENT_TOKEN_TO_BE_REPLACED

The Witches Festival ended this morning; here are my thoughts.  It’s hard to imagine that anyone reading this doesn’t know what the event was, but I’ll start with a quick recap.

To participate in the Festival, players “bought” (for free) a Crow Caller from the Crown Store, which then put a crow caller item (a whistle) into their inventory.  Using the Crow Caller summoned a witch who gave a quest to kill a boss.  The boss dropped a Plunder Skull – a container with a random assortment of loot: 1-5 “creepy” mats (spider eggs, worms, etc.); 1-3 Amber Marbles (the style mat for the Hollowjack motif); and lastly, a HJ motif page / creepy recipe / special rare mask.  The quest reward was a Momento (witch whistle) that caused a 2-hour skeleton polymorph – wearing the skelly polymorph doubled player experience pts and caused bosses to drop Plunder Skulls.

There were achievements for doing the original quest, learning all the Hollowjack motifs, and collecting 100 Plunder Skulls.  There were also limited-edition items available from the Crown Store (a “Grim Harlequin” motif, scarecrow & pumpkin polymorphs, and a zombie horse).  That’s the recap; review is after the cut. END_OF_DOCUMENT_TOKEN_TO_BE_REPLACED